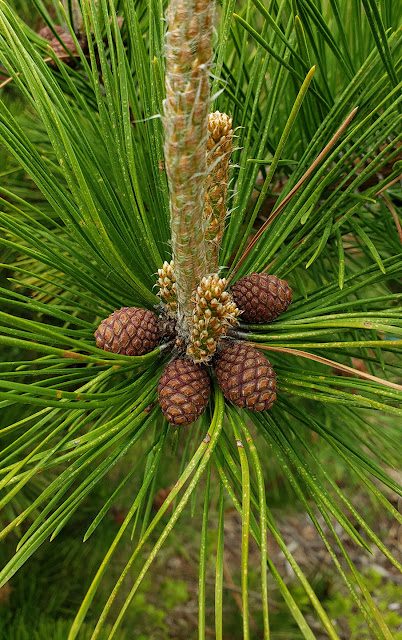 May was pine cone jam month, in my kitchen.

Russians like it. Eastern Europeans like it. Turks seem to like it. Pine cone jam (sometimes the resulting syrup is referred to as pine honey) is considered both treat and medicine. Used for coughs. The flavor is tartly sweet and lightly resinous. It's hard to imagine that these hard little cones become soft and chewable after cooking, but they do.

A traditional Caucasian and Russian way to enjoy them is as a medicinal spoonful stirred into hot black tea. I like them on crunchy toast, or cooked with pan-seared pork chops, in the pan where a duck breast cooked (deglazed with some bourbon or fruity vinegar), or for dessert, mixed with macerating strawberries. There is always ice cream! To make pine syrup gin or vodka, add a quarter cup of the syrup with cones to 2 cups of the liquor. Leave for a day, shaking now and then, until the syrup has dissolved. Strain and bottle. 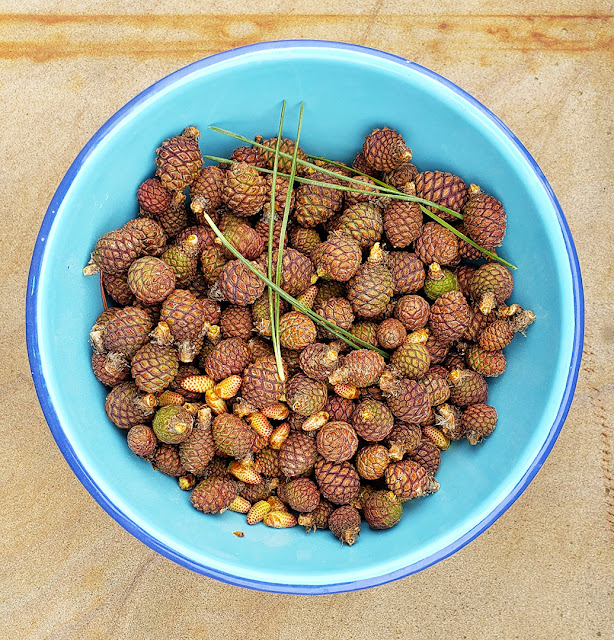 The pines I collect from are mostly exotic Japanese black pine (Pinus thunbergii), popular in  local seashore landscape and park plantings because of their salt-tolerance. Native pitch pine (Pinus rigida) occurs, too, and its little cones are very sharp and rough on the fingers. The black pine cones are much easier to gather. 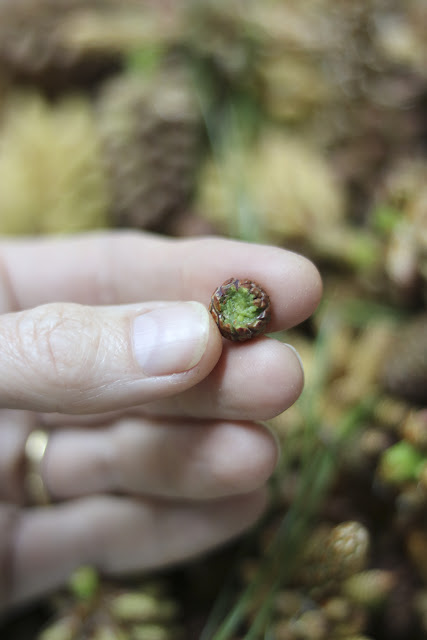 It helps to have rubbing alcohol handy: Your fingers get very sticky, and the alcohol is very effective in dissolving the resin. For clean up after cooking, use rubbing alcohol, again - to dissolve the very tenacious resin residue on the edges of your pot and any implements you use. Wipe it onto your pot after it has cooled. 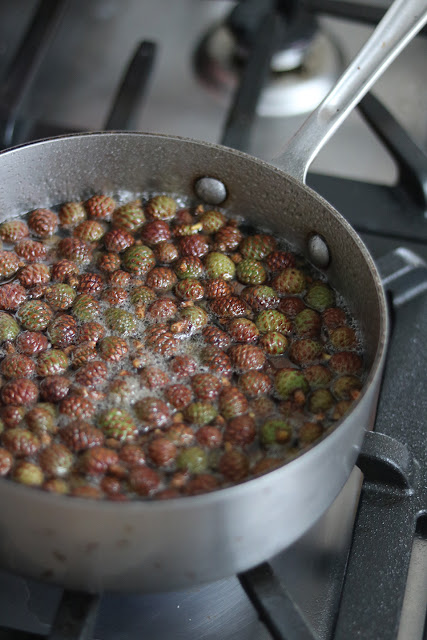 In research mode I searched my old Russian cookbooks for recipes, but came up with nothing. Online was one recipe that claimed Georgian heritage. I experimented with five batches. For the first three I boiled the cones in water, then three times in syrup, in the tradition of Russian varenye, where entire fruit (or pine cones) are cooked and cooled - important -  multiple times in syrup. I also boiled four times, and for the last batch made the jam without the water bath, and using honey instead of sugar. That last version was more resinous. But I liked them all. 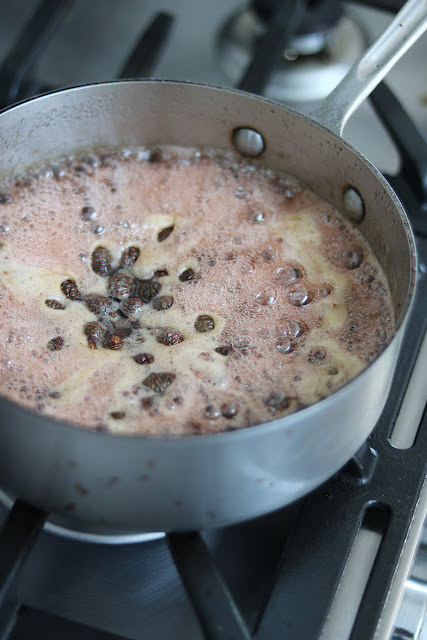 For three medium jars of pine cone jam you need:

Fill a stainless steel pot (easier to clean, later) with water and pine cones and bring to a boil. Cook at a gentle boil for 5 minutes. Turn the heat off. A layer of resin will collect on the surface like a little oil slick - carefully pour this layer off, tilting the pot gently over the sink. (And do yourself a favor: do not dump it through a sieve - the resin will stick the cones again and when cool will clog the mesh unless you boil the sieve!). Tilt it off.

Once all the water is poured off, add the sugar and water to the pot with the boiled cones. Return to the stove and and bring to a boil, then lower to a simmer and cook at a simmer for 10 minutes. Turn off heat and cool completely. Bring to a boil again. Turn off at once and cool (it it cooks too long you will lose too much moisture). Bring to a boil for a third time, turn off the heat, then cool again. One more time: bring to a boil and allow to cool for a fourth time.* 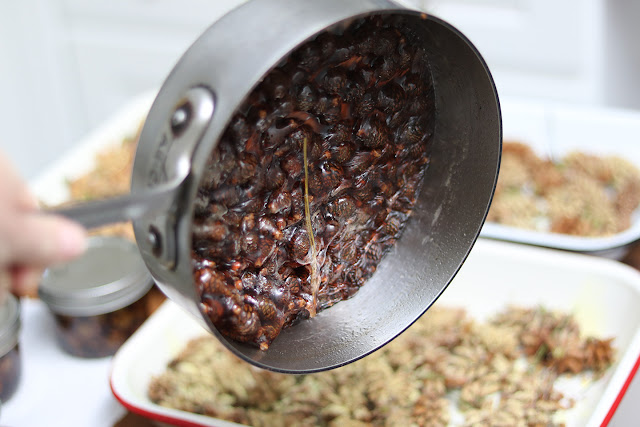 * When  boiling three times the syrup remains stickily runny.  Four boils (above) results in a taffy-like texture once cooled, but this melts again, in heat. Up to you. Play.

Ladle the cones and their warm syrup into sterilized glass jars. When cool screw on the lids. 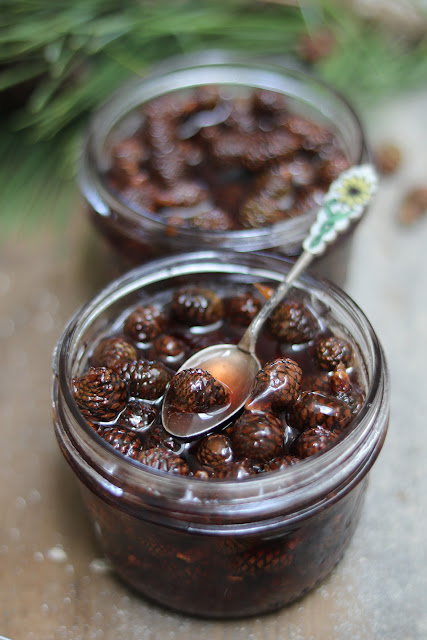