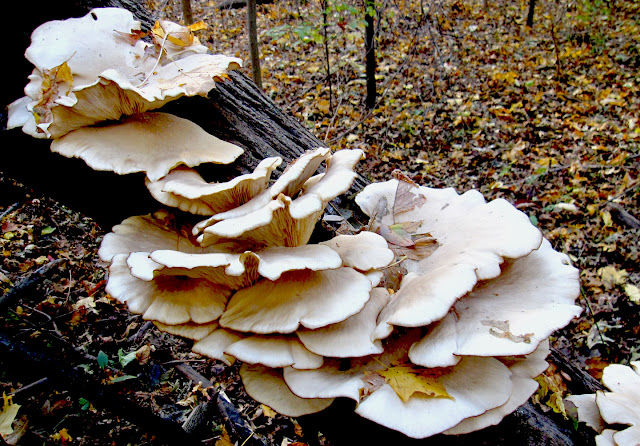 We have found some very big oyster mushrooms of late, and the largest of these I seared as I would a steak.

This works best for the biggest mushrooms - they are meaty and chewy and can take some punishment.

If you clean oyster mushrooms in water bear in mind: the cap itself absorbs water like a sponge. Water is the enemy of searing! You don't want soup, you want brown, crispy-chewy edges. So I press it all out as I would from a sponge - they are quite resilient - and then I mop them dry with a clean kitchen towel. 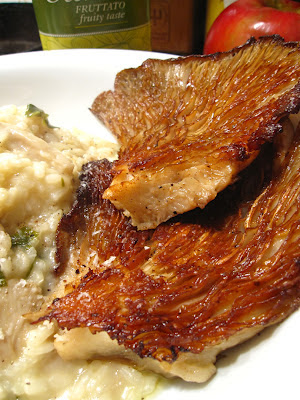 With steak I use no oil or fat, as the poor beefs come ready-marbled. But with the mushrooms I throw caution to the wind and employ a tablespoon of olive oil and another of butter. Plus some more for good luck. It's that sort of dish.

As with steak I heat the cast iron pan till it's smokin'. You want high heat to minimize any steaming/stewing, later.

Then I add the oil and butter, and the mushrooms as soon as the butter has melted. Season with salt and pepper. Flip when when they are starting to smell very good, maybe four minutes later. This should coincide with their browning and caramelization. Squeeze some lemon juice over the mushrooms, about half a lemonsworth.

Flip again and if they are brown, they are ready.