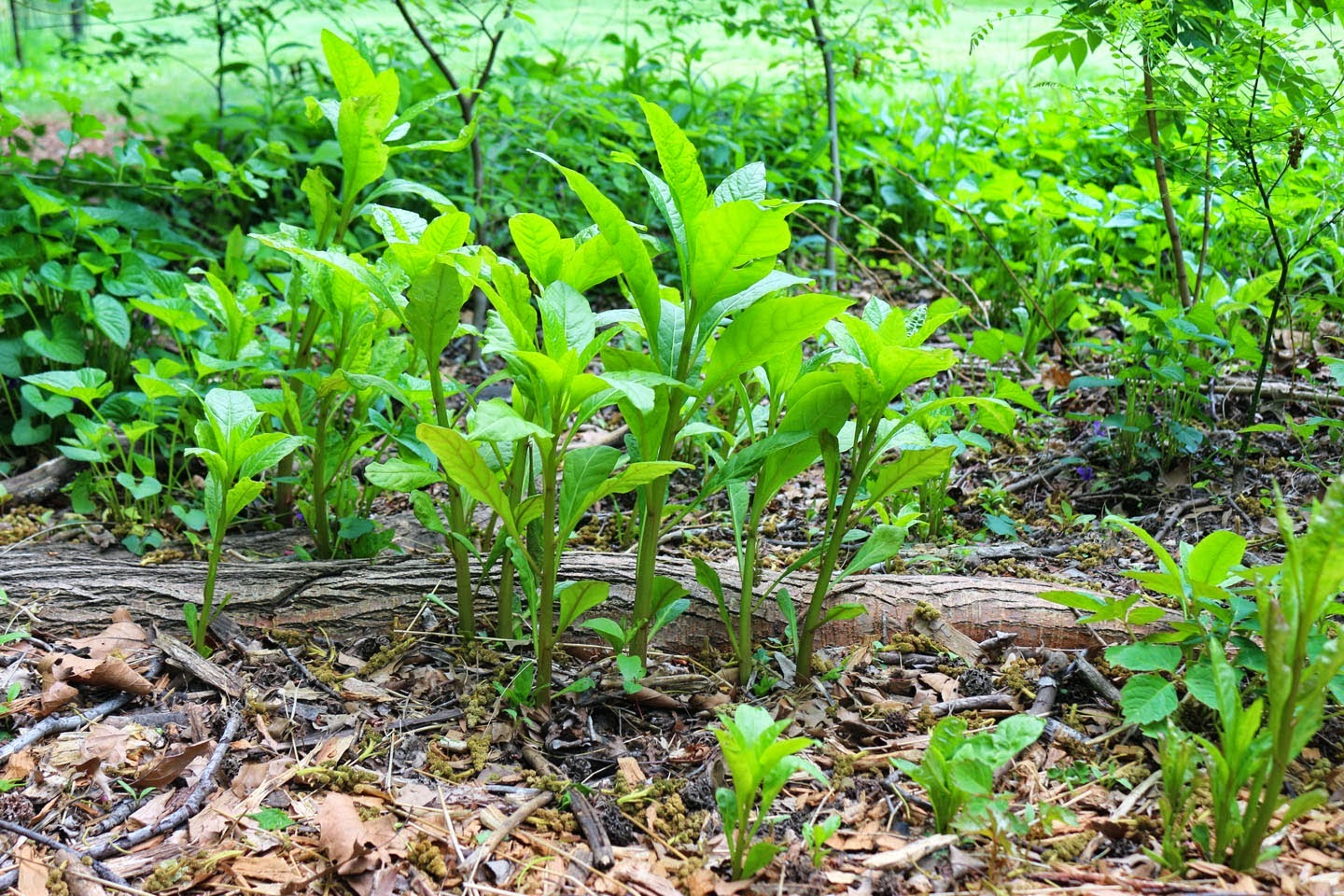 It just kills me to cook a green three times. The death of  a vegetable. But I obeyed all the admonitions about pokeweed, later learning that many Southerners won't go overboard with the flash boiling. Next time. Also I could have kept some of the young greens.

I stuck to basics and tradition, employing pig and eggs in the skillet, and turned this onto pillowy slices of Wonderbread once the eggs were barely cooked. In my defense, I had bought the chemical loaf to satisfy an earlier craving for toasted cheese sandwiches... 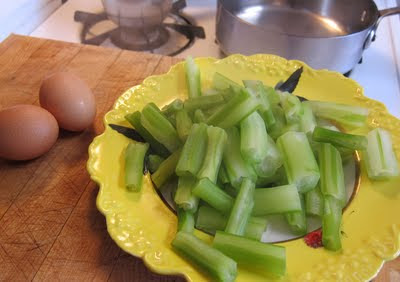 After stripping the thin membrane from the young, all-green stalks I chopped them into two inch pieces, blanched them three times in changes of water, and cooked them about three minutes on the last boil. I nibbled some pieces, waiting for my throat to seize up and the death rattle to develop as I gasped instructions to Vince about feeding the cat. Nothing happened. So I cooked some pancetta, about four strips each, added two cups of pokeweed, stirred, squeezed a little lemon over, grated on some parmesan and cracked in an egg each. Stir, done, eat. 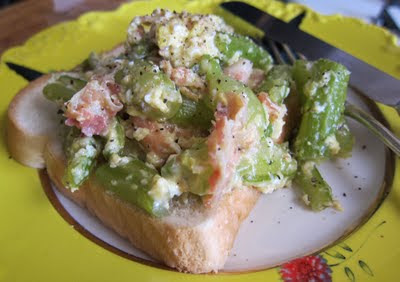 Not the prettiest food I ever cooked, but it tasted good, hm hm hm. Even the Frenchie approved, wolfing his, while trying hard not to think that I had foraged it from an old garbage dump.