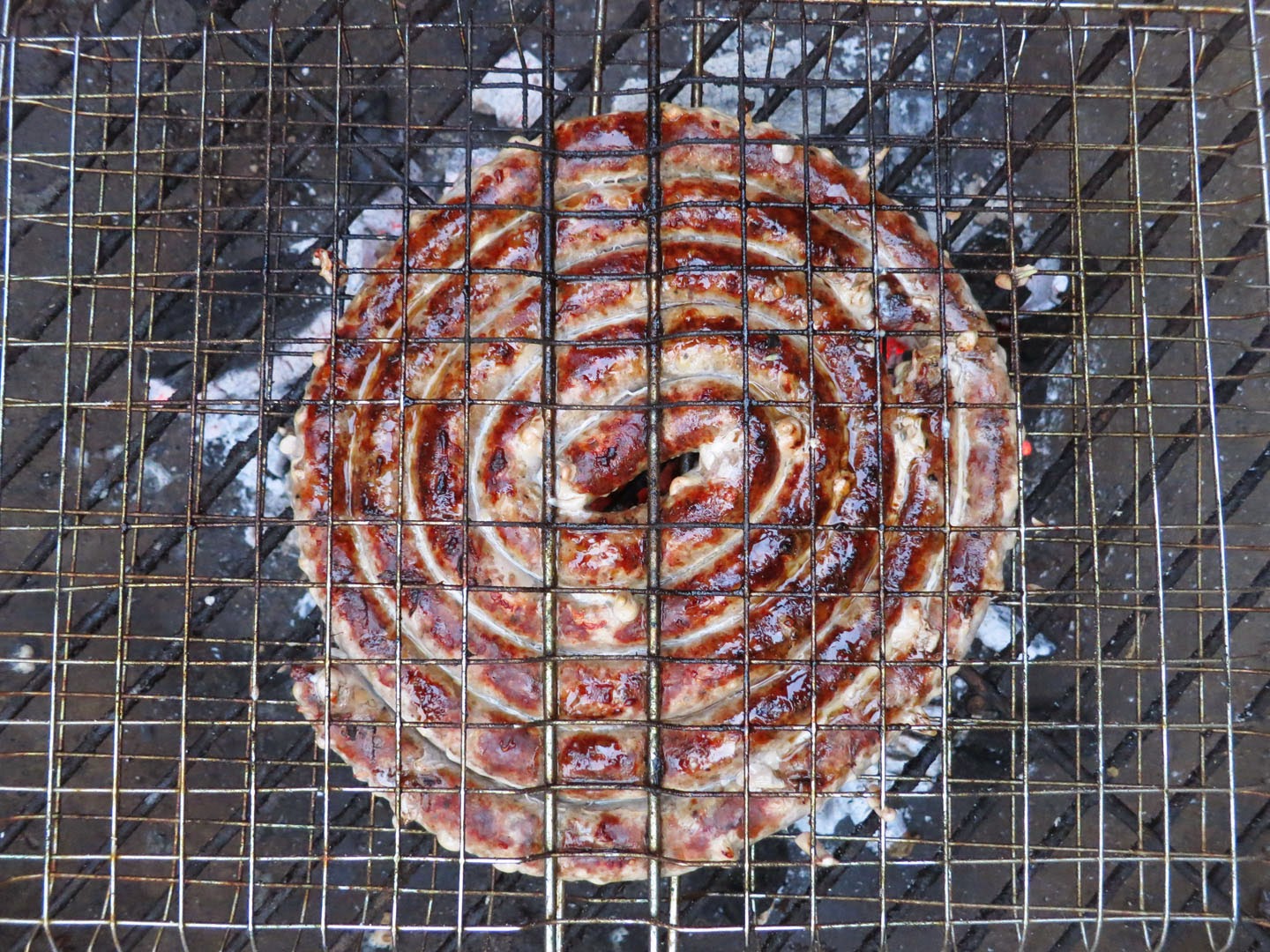 But boerewors is close to impossible to find in New York, and when you do, it's a bizarre echo of something the maker never tasted themselves. In 2010, when I first started looking for recipes for boerewors online, it amazed me that this ubiquitous South African sausage, available in every supermarket and butchery and corner joint in South Africa, had very few recipe-references. One cut and paste job was everywhere. I dug deep, wrote to friends, received old family recipes, experimented, consulted my memory of countless coils of boerewors eaten over a lifetime (still eating!), and at last came up with a spice blend. Since then I have varied it, but it yields a damn delicious sausage, singing of home. 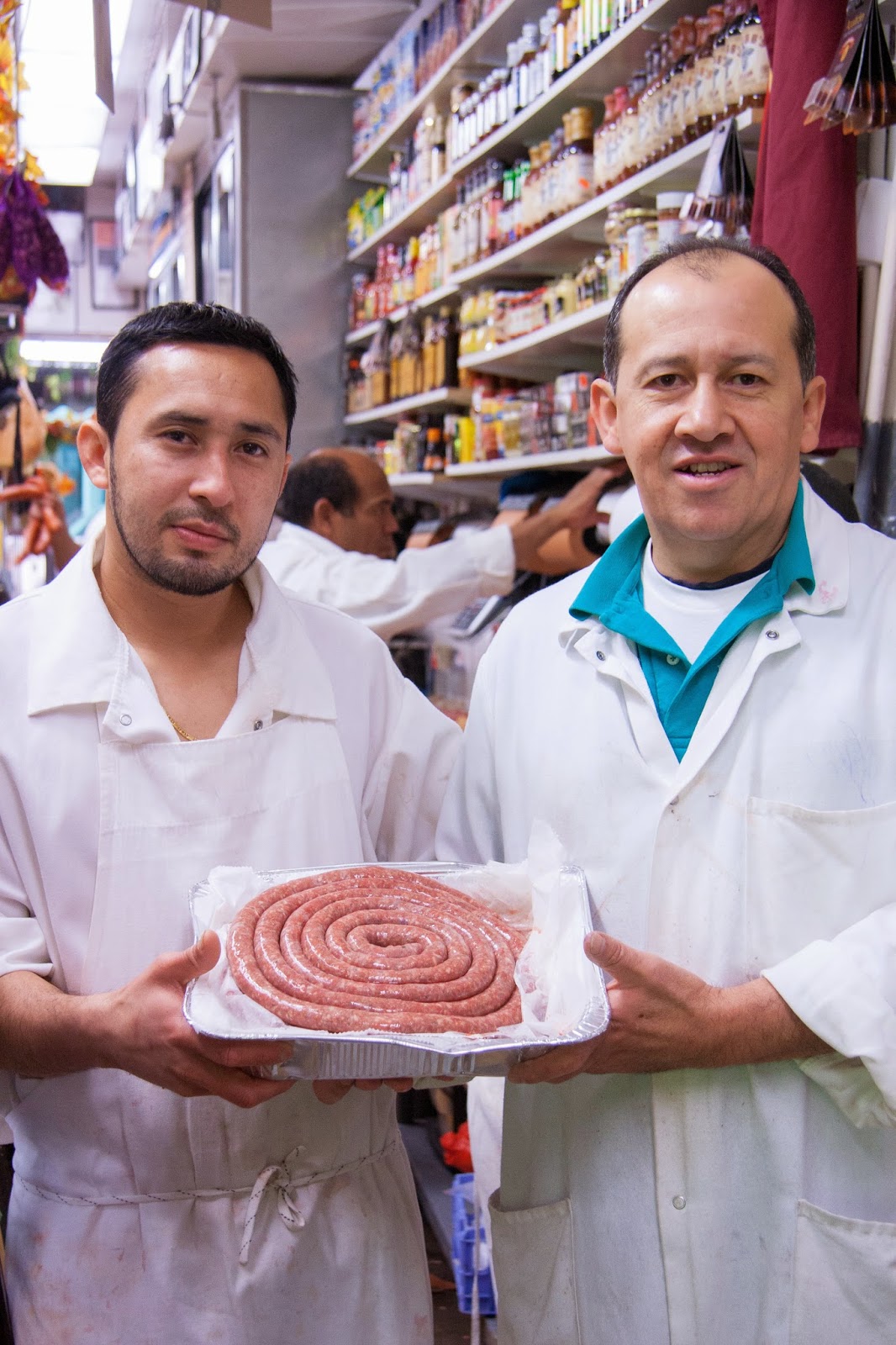 For that first spice-blend, I toasted, ground and mixed the spices and delivered them to Los Paisanos, our butcher on Smith Street, Brooklyn, and returned days later to pick up 6lbs of custom-made sausage. Pedro Franco - a Colombian butcher with whom I have been butcher-friends for years - mixed up the first batch for me, and later later Ivan Palma took over operations.

It was the first of many, many boerewors orders.

For the first year, as we tested and tasted, we worked our way heroically through coils and coils of sausage, becoming neurotic in our analyses of texture and taste. Back in South Africa we chewed with squinty eyes on every variation of the delicious local sausages, comparing, judging, and fattening visibly.

One version of my recipe yielded sausage good enough to be given the seal of approval and published by Go (Weg)  Magazine (Media 24), the go-to publication for travellers in South Africa. And you don't travel in South Africa without braaing. 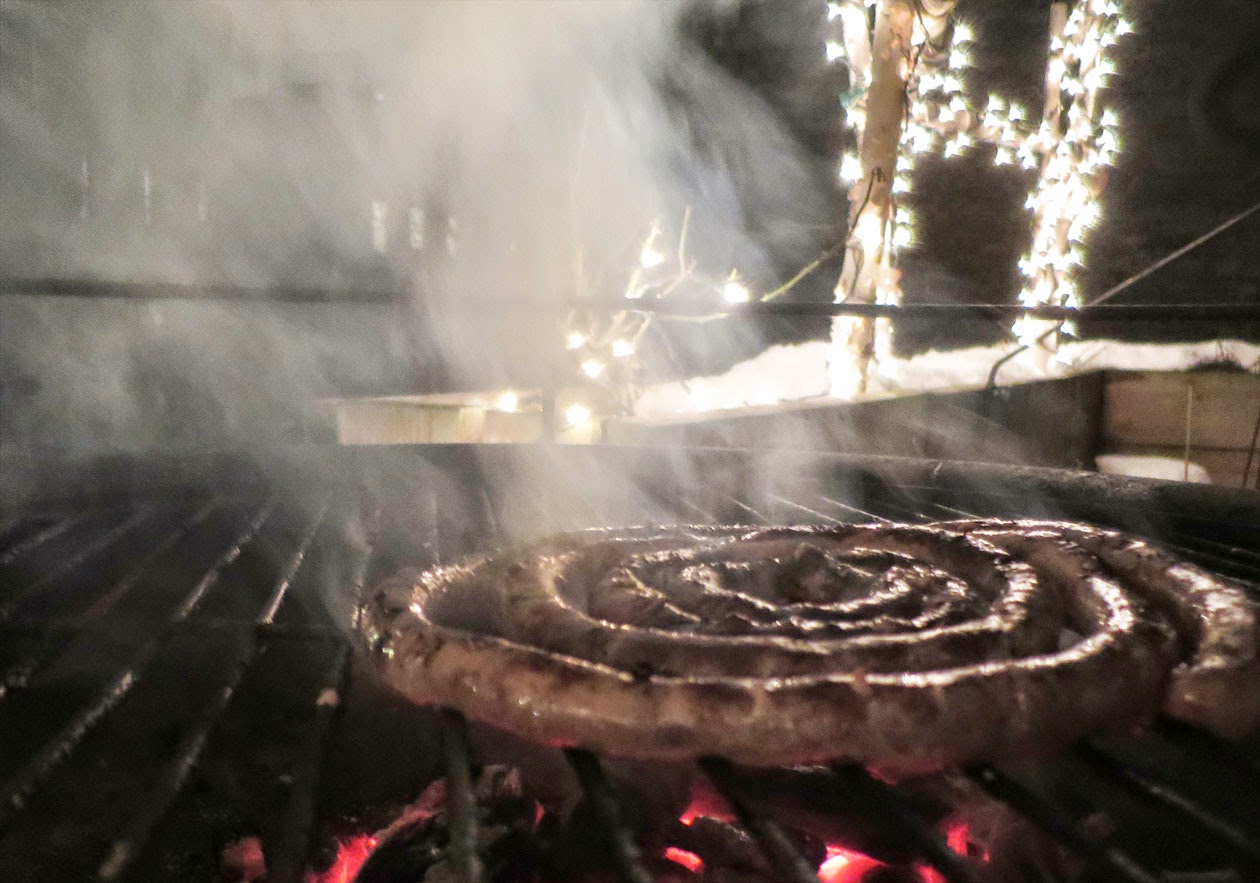 But I still felt something was missing, and I kept tweaking.

The difference, in the end? More salt, more coriander, and a tablespoon of baharat, a Middle Eastern spice mix. Go figure. This surprising missing element contained many of the traditional boerewors spices - like nutmeg and allspice - plus some extras. So I isolated those, and now they are the optional additions for my favorite version of boerewors, which checks all boxes: nostalgia, tradition, deliciousness.

If you omit the baharat (deconstructed in the form of the asterisked spices) you'll have the basic boerewors recipe. It's good. But with the cumin, cardamom, cinnamon? It's epic. Since boerewors' origins are connected closely to the Dutch spice trade, with complex roots in a spice-route human traffic (slaves brought by the Dutch from Southeast Asia and other Indian Ocean regions) it makes utter sense that its flavors mirror the passage of people. 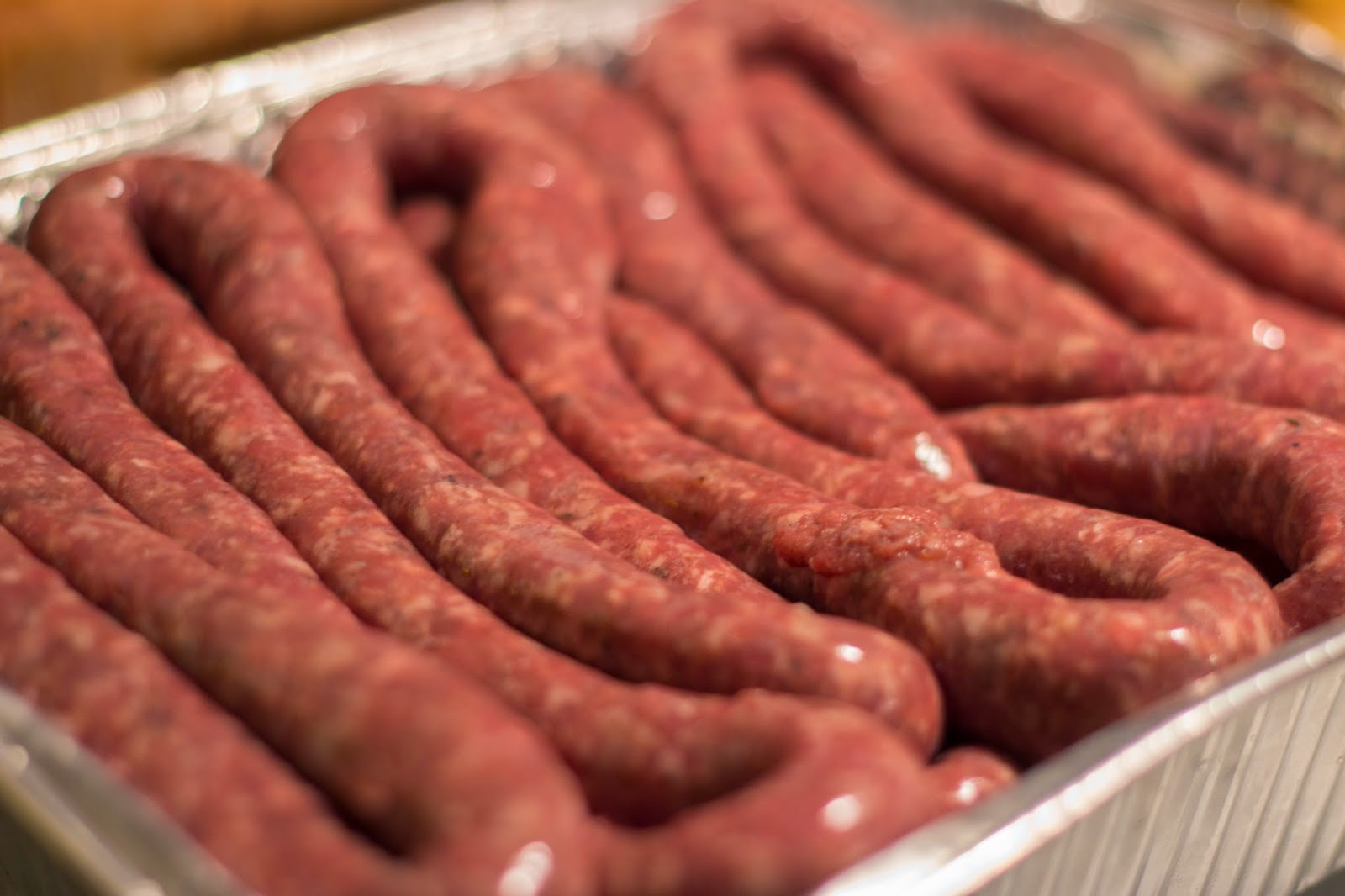 You could use either just-beef or just-lamb, but you must use the fatty pork (or fatty lamb, too). Fat carries flavor beautifully. We ask sometimes for a fine grind, sometimes for a medium, and for lamb casings, which are narrow. If you make your own, marinate the meat overnight.

For 6lbs of Sausage:

In a hot pan singe the coriander very lightly and then grind into powder. Add the other dry spices, mix, and bag.

Hand this to your butcher, with the bottle of malt vinegar, and say, Please. 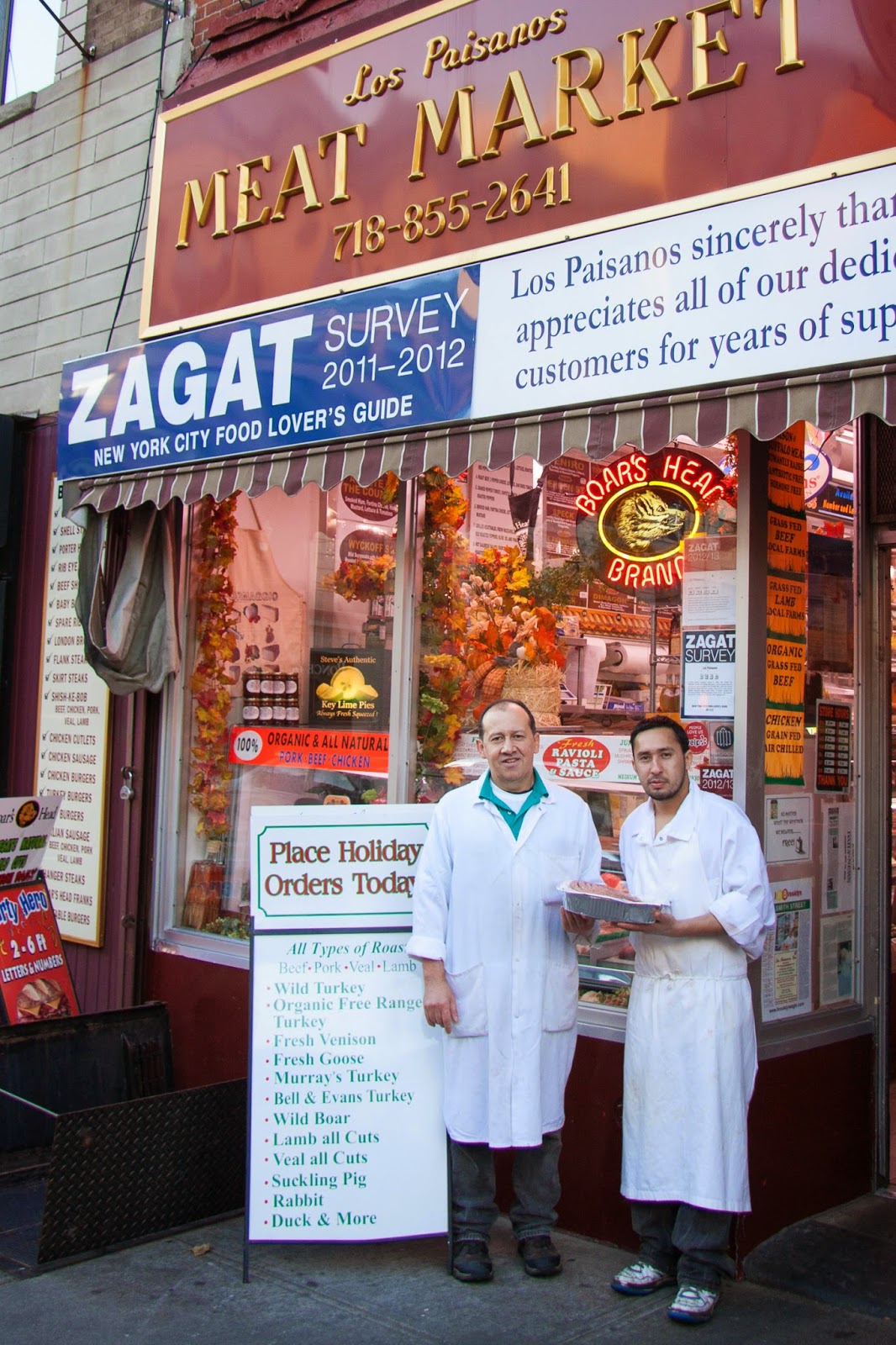 Los Paisanos will make this sausage for you, IF you commit to a minimum order of 6lbs and IF you bring your own spices and vinegar. Ask for "the South African Sausage," and for Ivan or Pedro.

Tell them Marie sent you.

Email ThisBlogThis!Share to TwitterShare to FacebookShare to Pinterest
Labels: Boerewors