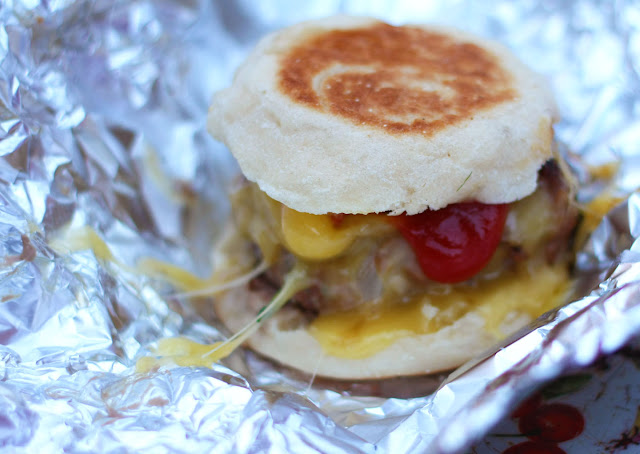 Hamburgers made this way - wrapped in foil after cooking, so that the cheese melts perfectly - have been a part of my life since my mother first made them. I think they evolved for my brothers' birthday parties, fuel for the Cowboys and Crooks.

I wanted to be a cowboy.

Perhaps I still do.
. 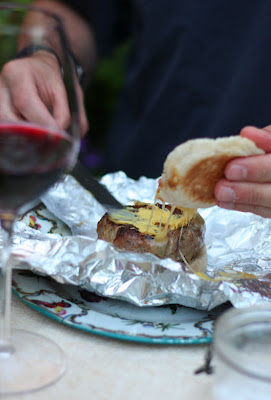 I have made hamburgers every which way. I like most of them.

I especially like the ones that we sampled at Gabrielle Langholtz's house, late in the spring: lamb burgers, pita bread, yogurt...I repeated them, adding grilled jalapeno pepper, whose heat made us cry. But this foil-wrapped version is the one that the man of the family (that would be Vincent, not le chat noir), begs for. Often. My mother knew something about boys. So, Mommy? Yours win... And I often steal Gabriella Hamilton's English muffin idea for packaging. I have tried the purist, unadulterated meat patties where you barely pat them into shape before grilling, but I prefer these, which are seasoned internally.

1 1/2 lbs ground grassfed organic beef (or lamb)
1/4 teaspoon salt
Pinch of sugar
A lot of black pepper
Juice from half a lemon
Half an onion, grated

In a bowl mix all the ingredients. I use my hands. Form into four, fat patties, about an inch and a quarter thick.

Have ready either a blazing cast iron skillet or ashed-over coals.

Grill, once to a side, until brown - about 5 minutes for pink burgers.

Cook the onion in some olive oil until brown and sweet. Start covered with a lid, to allow the onion to sweat, then remove the lid. Cook gently. This will take about 15 minutes, so start early.

Have ready a square of foil per hamburger. Place the bun bottom in the centre. Top with a burger. Add a dollop of caramelized onion. Top with two slices of sharp cheddar. Pop the top on and package the foil neatly. Repeat with the other burgers. 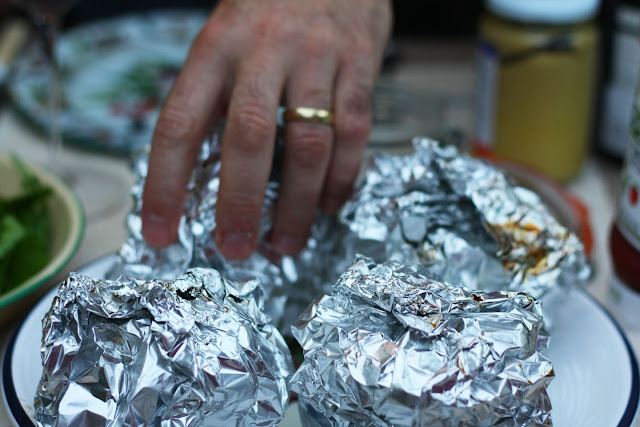 Put the burgers in a pre-heated 400'F oven for 5 minutes. This is long enough to melt the cheese, heat it through and get the bun all juicy. Serve and eat at once.

We use ketchup for one thing and one thing only in this house: burgers. The Frenchman likes hot mustard. We put that on after we  have unwrapped.

Also good, especially with the lamb version,  if you want to kill yourself - and what better way to go?: melted butter in which garlic has cooked gently till soft and to which you add a handful of chopped fresh herbs. 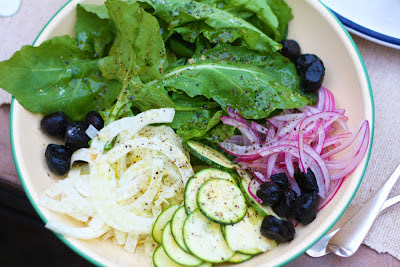 Email ThisBlogThis!Share to TwitterShare to FacebookShare to Pinterest
Labels: Hamburgers