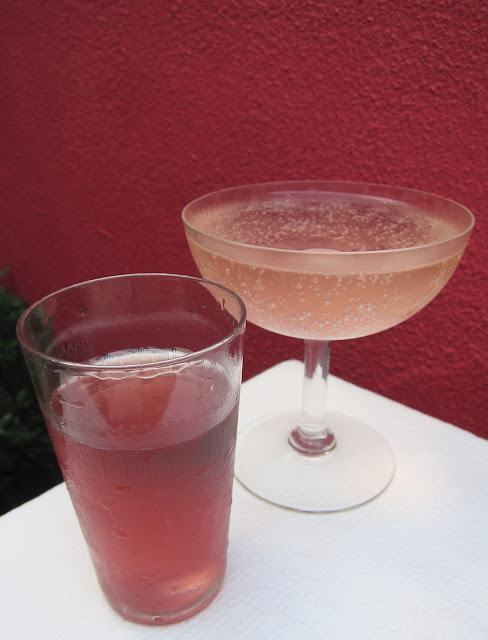 I had thought I might include this recipe in my book, but didn't, for various reasons, so it - and several others - have not yet seen the cyberlight of day on the blog.

Milkweed flowers. Late May or early June in these parts.

After walking past a patch of them in Red Hook several years ago, I was surprised by how strong their scent was, once my nose was in them. I started to play with the flowers. I really wanted to catch that perfume. This cordial - rather than the desserts that I made with the flowers (fool, pancakes, fritters, none of which I ultimately liked) - was the most successful at trapping the sense of midsummer that this flower conveys.

The most honest way to enjoy it is in a flute or coupe, topped with very cold prosecco. Or Champagne! Instead of Kir Royale you have Kir Syriaca. 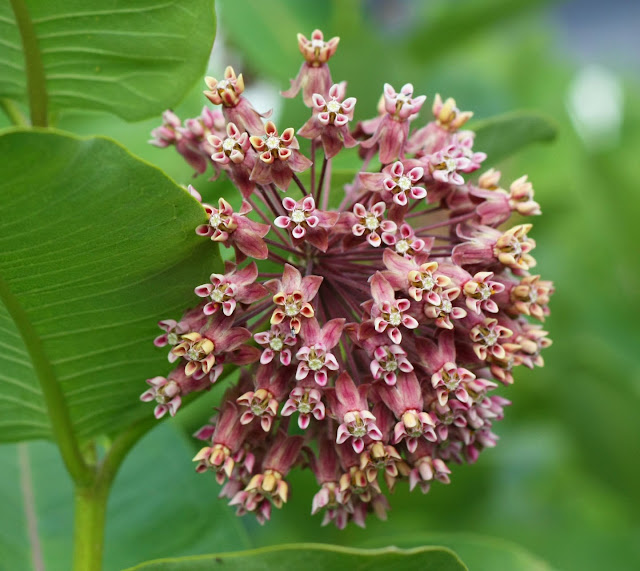 The flowers I used belong to Asclepias syriaca, or common milkweed. Avoid other milkweeds - most especially the orange-flowered species - until a chemist tells you otherwise. I still have my doubts about swamp milkweed, though - it looks so similar. More experiments to come.

This is an aggressive American plant, and under no threat of extinction, though less and less of it grows wild. But if you do find your own colony (the stems rise from massive networks of underground rhizomes), leave flowers for the monarch butterflies, and for ladybugs, who often reside here. 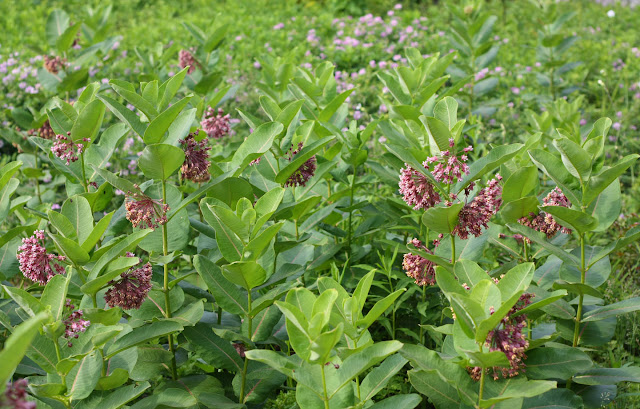 Pick the flowers when they are open, and fragrant. The best time is early morning or late afternoon. First shake them gently to dislodge any bees or insects. Why? Because you are not going to wash them. That would rinse out their nectar. Cut the flower as high to the umbel as you can - to save prep time later, and to limit the amount of sticky latex that will run from the cut stem.

At home, snip off any tiny stems or green bits - this is time-consuming but it will keep your syrup pure.

*** 2015 update: Since these 2011 milkweed syrup experiments I have begun fermenting the flowers for a cordial whose flavor is much more concentrated. That way, the flowers are not heated, as in these recipe below, and so the perfume is much better preserved. It's the method I use for Elderflower cordial, too ***

Here is the original syrup method, for the sake of the learning curve:

Place the flowers, lemon juice and zest in a saucepan with cool water and the sugar.* Heat gently, stirring to dissolve the sugar. Bring to a gentle bubble for 10 minutes. Turn off the heat, allow to cool, and strain the liquid through muslin or a very fine strainer. Pour it into sterilized bottles and refrigerate until needed.

I really hope I  find some flowers when I get back to New York, because my last stock of cordial is all drunk up.